Agneya Chikte is a Toronto based drummer/percussionist who has been performing professionally for 7 years. Known for his stylistic versatility, he moved to Toronto to pursue his Bachelor’s in Music at the prestigious Humber College – School of Creative and Performing Arts, and has been steadily rising through the ranks in the music scene. He has studied with some of Canada’s best-known musicians and educators, namely Mike Downes, Pat LaBarbera, Mark Kelso, Rich Brown, Kirk MacDonald and Larnell Lewis. In his time at Humber, Agneya has had the honour of receiving multiple Awards and Scholarships (photos below), including the Canada-wide ‘Musicounts Scholarship’ (2018).

Agneya performs on drum set and percussion alike, covering a broad range of styles reflecting his wide interest in a variety of music and his natural feel for groove and texture regardless of genre. He has performed across the GTA at stages and venues like the TD Toronto Jazz festival, Orangeville Jazz Festival, Beaches Jazz Festival, the Rex Hotel Jazz and Blues Bar, Burdock Music Hall and the Emmet Ray. In June 2018, Agneya was selected to be a part of Toronto Jazz Festival’s inaugural ‘Jazz Musician Intensive’ which was the festival’s own showcase ensemble, consisting of two promising students each from the 4 post secondary music programs in the GTA, under the direction of Juno Award winning composer and bassist, Mike Downes. Additionally, the ‘Agneya Chikte Trio’ was declared the 2018 winner for Niagara Jazz Festival’s ‘Jazz for the Ages’ competition. 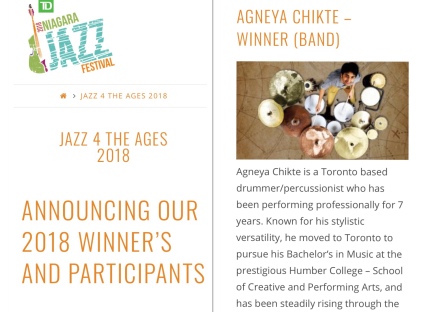 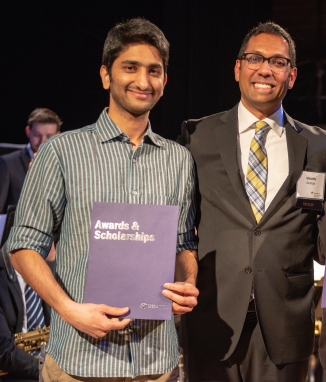 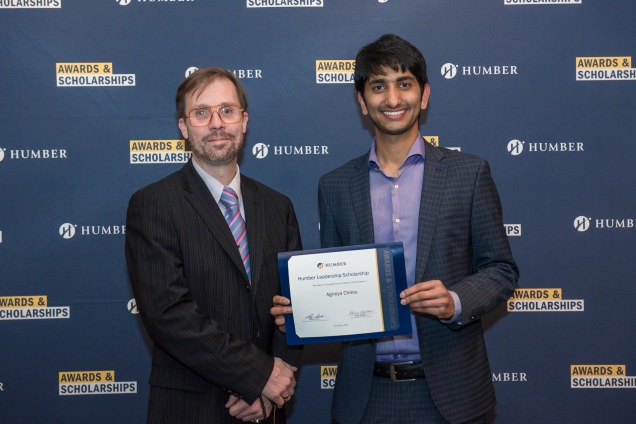 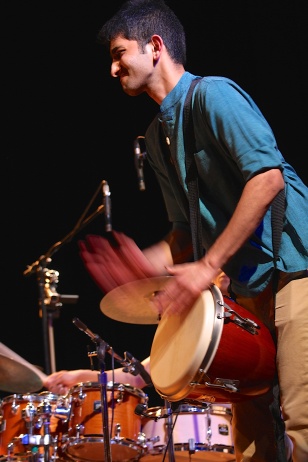 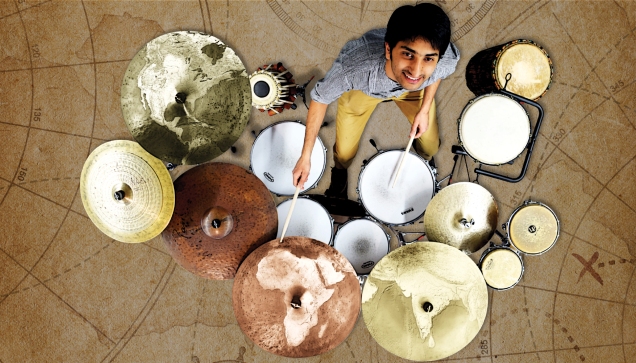